Welsh musician Elin Rees is a freelance accompanist, recitalist, and organist at Bury Parish Church. After studying at the Purcell School of Music at 16, she attended the Royal Northern College of Music, obtaining a BMus(Hons) followed by an MMus in Solo Piano Performance. While at the RNCM, Elin was Pilling Trust Organ Scholar at St Ann’s Church, Manchester city centre for 4 years.

From 2014-16 Elin was a Junior Fellow in Accompaniment at the RNCM, where she continues to work as a freelance accompanist, playing for many of the College’s principal study tutors, particularly in the School of Vocal Studies. She has performed Krzysztof Penderecki’s violin sonata in front of the composer, and played in classes for celebrated singers including Roderick Williams and Amanda Roocroft.

As an organist she is in demand as an accompanist for choirs including Congleton and Bury Choral Societies, and the Alteri Chamber Choir. With the Bury Parish Church Choir she has played for services at Canterbury, Carlisle and Gloucester Cathedrals, as well as accompanying other visiting choirs at Durham Cathedral and York Minster. She has performed at the Bridgewater Hall in Manchester and St David’s Hall in Cardiff, where she will return as the lunchtime organ recitalist in next summer’s Welsh Proms. 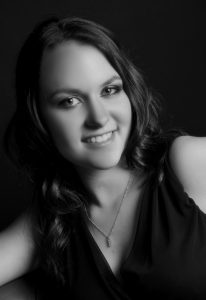