Spanish conductor Juan Ortuño is a Masters graduate from the Royal Northern College of Music where he studied with Clark Rundell and Mark Shanahan.
Juan is developing an exciting career in the UK where he has worked with professional orchestras such as the Manchester Camerata, the Royal Scottish Nationa Orchestra, and the Sappha Ensemble. He has also worked across Europe with the Kammerphilharmonie Graz, and Orquestra Simfònica del Vallés among others. Recently he was finalist in the “Luigi Mancinelli” International Opera Conducting Competition in Orvieto.
Juan also enjoys working in projects with companies such as Pint Sized Opera or Classical Revolution, who aim to bring opera and classical music to new audiences in informal locations like pubs.
He started music lessons in Madrid with his parents. Both were performers in the Spanish National Radio and Television Choir. His first ambition was Astrophysics in which he obtained a Bachelors Degree. At the same time, he was studying voice, piano, and violin. He then decided to focus on a career in music and earned degrees in Orchestral and Choral conducting at the Royal Conservatory of Madrid.
During this time he has attended several conducting master classes with Benjamin Zander, George Hurst, Martyn Brabbins, and Antoni Ros-Marbà, and has received feedback from Sir Mark Elder and Juanjo Mena. In 2006, he was selected to take part in the young conductors’ project of the Spanish Youth Orchestra (Joven Orquesta Nacional de España) and since then has continued working with them as guest conductor in concert tours. Juan also has been awarded with a scholarship from the Spanish Ministry of Foreign Affairs to continue further studies in the UK. 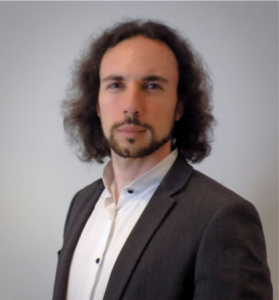